This Woman Used Her iPhone To Record Her Mom 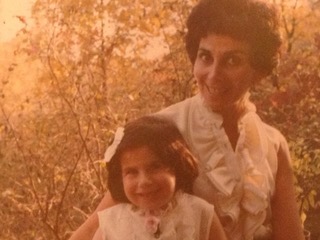 If you could ask your mother anything, what would it be?

Cari Shane recently took the opportunity to record her mother’s stories in her own voice – using just her iPhone. In preparation for the audio recording and subsequent article for Covey Club titled, “Saving My Mother’s Voice” she called the StoryKeep office and asked me for a consultation. Cari wanted my advice, not just on the technicality of recording, but also the emotional aspect.

Addressing technicalities is pretty easy.  Near the end of her article, you’ll find my some of my top tips for readers who want to capture an oral history of those most important to them. Cari goes into great detail for readers who are interested in knowing how to create similar “audio scrapbooks” using just their mobile phones.

Addressing the emotional complexities of such recording isn’t as cut and dry. My biggest suggestion? Go into it with a good heart and real curiosity and the other person will forget after about five minutes that their life is being recorded.

It was fascinating to hear some of the questions Cari was planning on asking her mom. Some of my favorites included, “What was it like working at your parent’s chicken store in Harlem?” and “How old were you when you went on your first date?”

Cari explained that for years she had put off this project, unsure of the exact reason for her procrastination. But as she listened to the memories she collected using just her iPhone, (seated at the kitchen table in the house where she grew up) she learned new things. She heard details in the audio recording she had missed in those stories she thought she knew by heart. Her mother’s history was best told by the woman who lived it. And Cari has preserved this through recording.

What started with Cari’s simple desire to capture her mother’s voice, became exactly what we at StoryKeep hope to bring to the people we serve: a greater, deeper understanding of their stories and the power of sharing them.

Read Cari’s full article, “Saving My Mother’s Voice” on Covey Club here. To learn more about what we do at StoryKeep, contact us here.