College is where many people meet their spouses, choose a career, and make friends for life. So it’s no surprise that StoryKeep records a lot of school and college stories.

Since it’s graduation season, we thought we’d share a very special one from Albert Lasher. Al’s story is about the demise of The Vanguard, a student newspaper at Brooklyn College in the early 1950s. It’s a tale of friendship and standing up for one’s beliefs.

This four-minute clip is an audio excerpt of the 90-minute film we produced for Al’s family, which included stories from throughout Al’s life.

As you listen, think about the school stories in your family. What were your parents formative moments? When did they take a stand for what was right? Now’s the time to capture those stories. 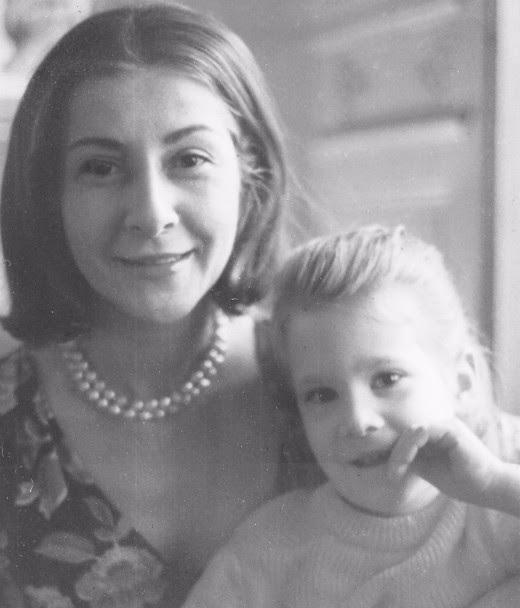 “I grew up in Geneva, and when I was 19, I was part of a group of guys who all raced very fast cars…a Lotus, a Maserati…even one had a Ferrari, which I never drove, unfortunately. We would do mountain races. They’d close down the roads on a Sunday. It was very, very dangerous. If you missed a curve…just imagine! We thought we were immortal. Thank God my parents never knew.”
– Nina Fabri

Mother’s Day, we hope Nina’s memory of her wild “racing days” reminds you of just how wonderful the women in your life are. This story is just one of many that we documented for Nina’s three children and two grandchildren.

One of the best things about my job is meeting amazing people from families just like yours.

Documenting and sharing their stories with their families is my life’s calling, something I realized five years ago when I was recording Lou Zandoli’s life story.

After a few interview sessions, I started to really get into the deep, emotional nitty-gritty, and I knew that I was meant to do this work! If you’re curious, you can watch a short clip of Lou’s story.

Think about your loved ones. Whose stories do you want to preserve for future generations?

No one made pound cake like Umi’s Aunt Mazella.

“Her cake made everyone happy,” Umi says. “It won so many prizes, and whenever anybody got together together to have a chance to eat her cake, it was the talk of the conversation.”

Umi’s story about the pound cake, which StoryKeep recorded a few years ago, tells us so much about what Aunt Mazella was like: generous, meticulous, and warm-hearted.

Check out this five-minute version of the story (above), and look for the recipe!

StoryKeep helps preserve family legacies by capturing and organizing all sorts of stories, including tales from the kitchen. 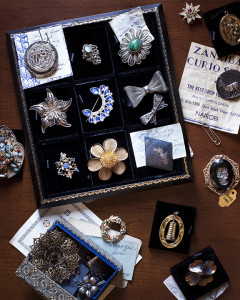 Let me introduce you to Rachel LaCour Niesen, the founder of Save Family Photos. Rachel is a photographer, and like me, is perpetually inspired by other people’s family photos. Her site offers buckets of fabulous resources for people looking to record their stories. One of her recent resources is a guest blog post that my colleague Veronica Olson and I wrote entitled, “What are Heirloom Portraits and How Can You Create Them for Your Family?”

Here’s the how-to-guide we shared on Save Family Photos.

It’s February – time for our second video about the joy and excitement of capturing family stories.

In this 90-second clip, StoryKeep founder Jamie Yuenger talks about the difference between a collection of family heirlooms and a StoryKeep project. Hint: It’s about the frame!

The story of how Rusi proposed to Gover on a balcony in Bombay over 60 years ago is the stuff of family legend. StoryKeep was able to capture the story in gorgeous detail for future generations of the Sanjana family to enjoy. Check out the lovely 4-minute version above.

Rusi and Gover’s love story was at the heart of the Sanjanas’ StoryKeep project, which was commissioned by their children and included a multimedia documentary and a 168-page book.

“We wanted, not just for our own family, but for all our relatives and friends, to be able to capture that loving spirit of both of them and hold it for posterity,” their daughter, Aroza, told us recently.

We interviewed Rusi and Gover three times and turned the footage into 18 short stories, including one about their courtship and marriage. The proposal story, in which Rusi uses a racy joke to pop the question to his unsuspecting fiancée-to-be, is a special highlight.

The book we produced for the Sanjanas included stories and photographs from over 100 years of family history, going from Rusi and Gover’s ancestors all the way to the present. Aroza said she learned so much about her parents’ families, childhood, and life experiences.

“Now that we have [the project] completed, we have this feeling of completion, that we’ve captured so much for posterity,” Aroza said. “We can watch this on our TVs, computers, and iPhones whenever we need a little boost.”

Chances are you’ve got some amazing stories in your family (maybe even a few love stories!). 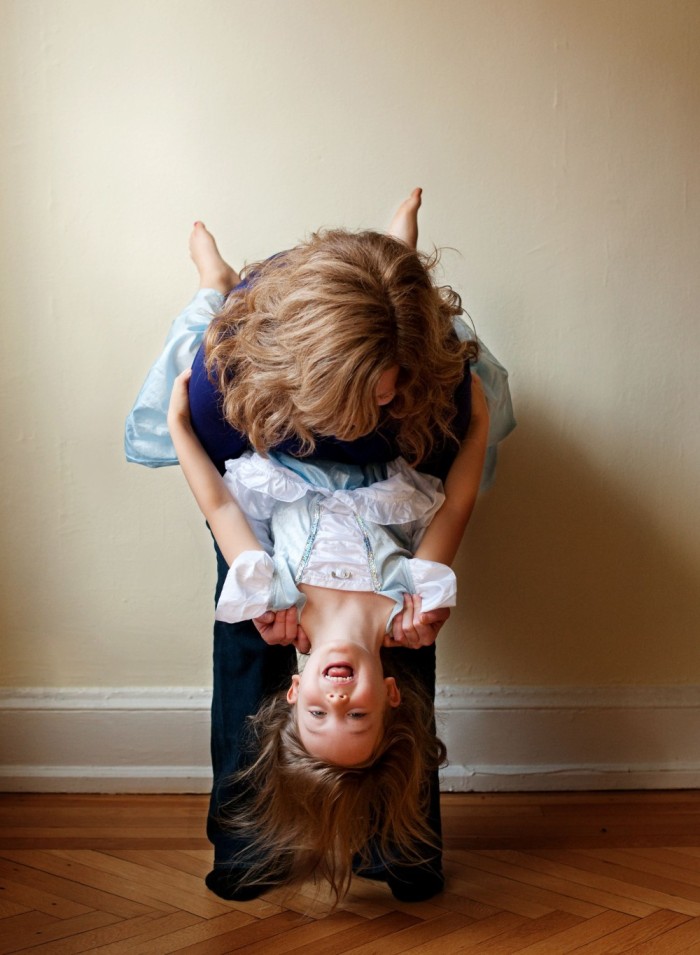 I became a member of the Montauk Club when I first moved to Brooklyn ten years ago. The Venetian Gothic architecture struck me first, the creative cocktails second.

When I heard that the Montauk Club was celebrating its 125th anniversary, I thought StoryKeep might be able to help the club put its rich history to work. What would happen if we showcased its community and traditions for current and prospective members? 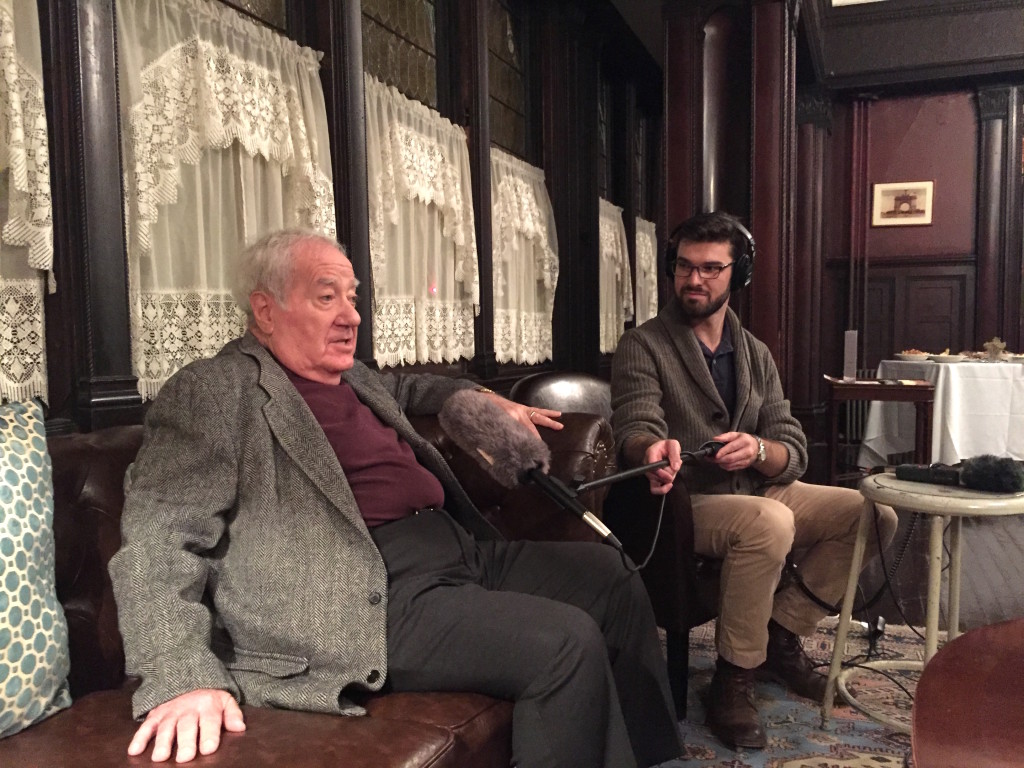 I got in touch with Leslie McKinley of the club’s History Committee, and together we conceived “Growing Up at the Club,” an evening of storytelling in which members would share their memories of the club going back half a century. StoryKeep would facilitate a cozy storytelling evening, then turn the recordings into a short audio piece that Montauk would share on its website and through social media.

The event was held in mid-November on the ground floor of the Montauk’s clubhouse in Park Slope. We arranged three rows of chairs, a couch, a coffee table, a lamp and a rug to create a “living room” where people would be comfortable telling stories. 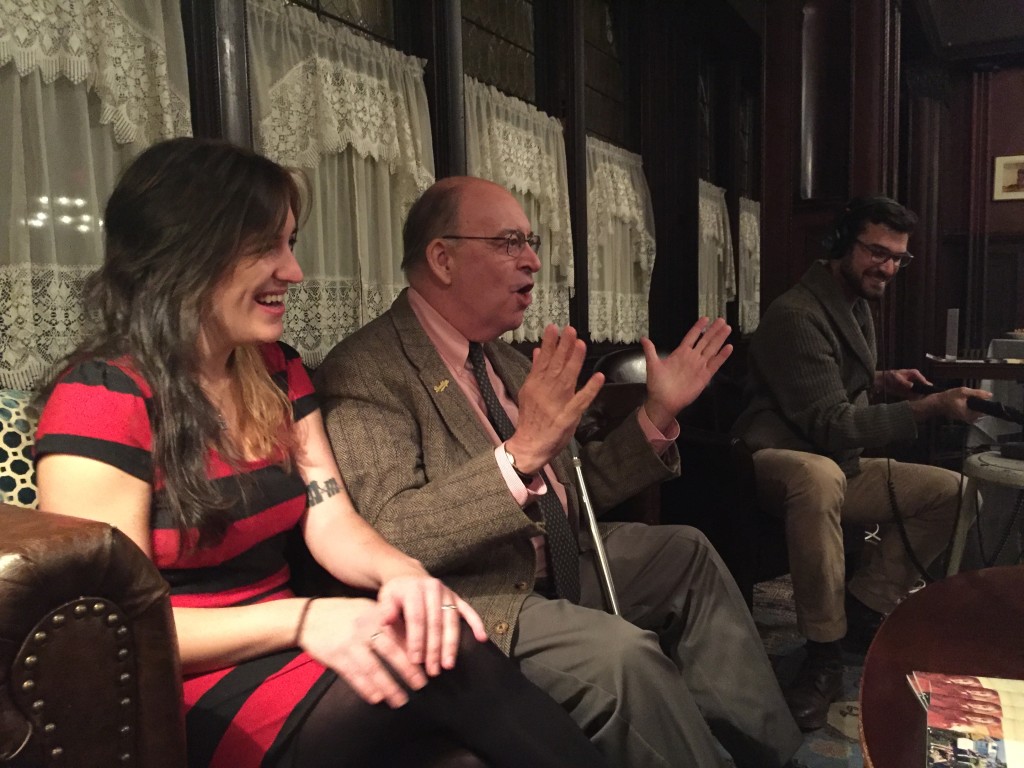 Three generations of members took turns coming up to the couch. Each reminisced about the past – the Easter-egg hunts, the birthday parties. Dino Veronese, a former club president who’s also its longest-standing member – he joined in 1960 – told one of the most memorable stories of the night. You can listen to it here:

The stories they told re-affirmed their sense of community, reminding old members of decades of shared experiences. Behind every rosy childhood memory, or the recollections of a parent or new member, was a “thank you” to the person, often someone in the audience, who made it possible. There was so much love in the room – we were simply blown away!

Thank you to Montauk, to everybody who attended, and to the History Committee – specifically Leslie McKinley – for helping to organize it.

We’re looking forward to doing more events like this one. Maybe your organization wants to capture its memories? Email us at info@storykeep.org or call 347-762-6575.