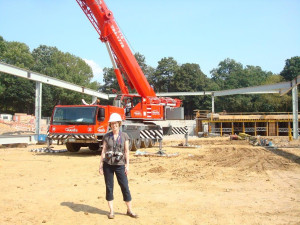 You’ve been an archivist and an historian for the Prospect Park Alliance for almost 15 years. What are you currently working on  that excites you?

In 1966 the centennial of the Park’s design by Frederick Law Olmsted and Calvert Vaux was celebrated in a huge way with concerts, art exhibits and a parade of old automobiles and people dressed in nineteenth century costume.  I have been doing research to find a time capsule that was buried somewhere.  I have some time however; it’s not due to be opened until 2066.

Oh, wow! In my work with the Park Slope Civic Council and their archive, I recently read something about a time capsule. The one I read about was 800 pounds and buried in 1976. Are you telling me that there are two time capsules to find?!

When people think of archives, they usually think of dust. What’s the least “dusty” thing you do that engages the public?

There are so many people out there who love historical photographs and information about Prospect Park.  The Alliance shares them on Facebook, the website and other social media as often as possible. Many Brooklynites have great memories of the Park from their childhood and like to share their own.  Others are fascinated with the buildings that are no longer in the Park, or the outfits that people wore to play lawn tennis when that was a huge fad.

Your work touches on in the construction of Prospect Park. What can you tell me about Music Island?

One of the many benefits of being in this position is the exposure I have to fields I would otherwise know nothing about: landscape architecture, architecture, the history of public parks in the U.S. and abroad, Brooklyn history, urban planning, etc. Music Island was an element of the original Olmsted and Vaux design. 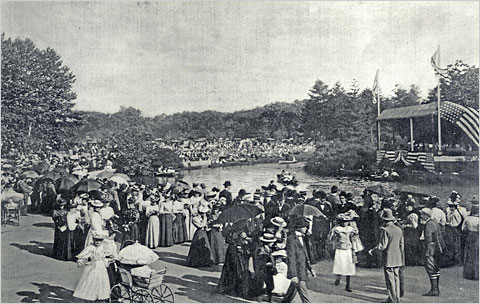 It’s part of the Concert Grove, the most formal area of Prospect Park, designed for promenading and listening to music. Ideally musicians would be on the island and the concert-goers would be strolling on the shore, or listening from their carriages, or even from their boats.  Unfortunately it was an acoustically disappointing experiment, and concerts were moved to different locations.  When the Parks Department under Robert Moses brought the Wollman Rink to the Park in the 1960s, it obliterated Music Island and the elegant promenade.  The Alliance has restored all the original elements including Music Island, which is now a gorgeous piece of landscape and wildlife habitat.

What activities once took place in the park that you wish still happened? I heard sheep grazing used to be a big thing. 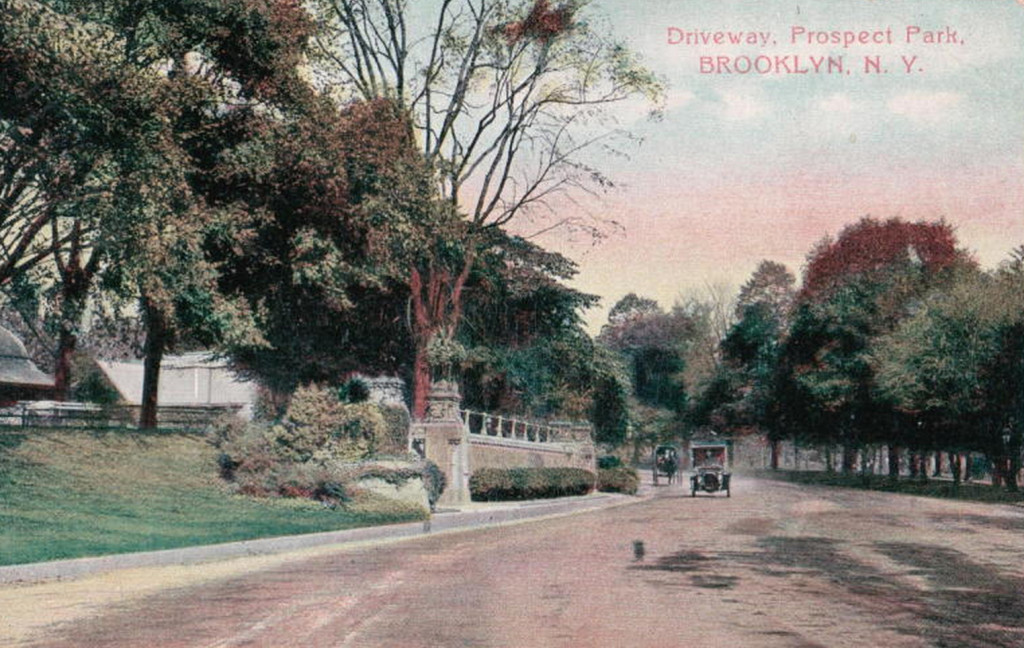 I would love to be able to take a horse and carriage ride as visitors did in the late 1800s. You’d enter at the Plaza and take the East Drive, and the view would extend across the Long Meadow, seemingly endlessly.  You would see people on paths, and picnickers, and yes the sheep that were both a way to keep the grass mown, and a picturesque addition to the landscape.

The Alliance was formed when the park was in a state of decay in the 1980s. Who did the most to bring the park back?

Many people came together at a key moment.  Parks Commissioner Gordon Davis responded to concerned Brooklyn residents including the Park Slope Civic Council.  Brooklyn Borough President Howard Golden channeled funding to the Park with support from local council members, especially Tom Cuite. In 1980 Golden and Mayor Ed Koch announced the appointment of Tupper Thomas as the first Prospect Park Administrator.  Seven years later she and Henry Christensen III (chair of the board) formed the Prospect Park Alliance.  With fundraising and community input the Alliance was able to bring people back to the Park, and restore what many consider to be Olmsted’s masterpiece.

Are you member to any professional organization (for archivists, historians or park lovers) that folks might like to join or know about?

No, but I follow a lot of organizations on Facebook. The Frederick Law Olmsted National Historic Site, the Calvert Vaux Preservation Alliance, the New York City Transit Museum, the Brooklyn Historical Society, the Library of American Landscape History, and places with great digitized photograph collections such as the New York Public Library and the Museum of the City of New York.  There are so many things happening and so many collections being brought online.

Do you remember the moment when you knew you wanted to be an archivist? 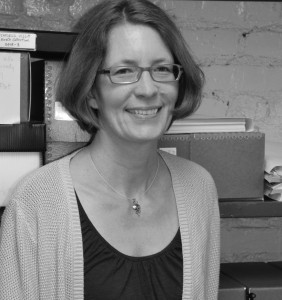 That moment never happened! I am an accidental archivist, which it turns out is not uncommon. The Alliance sent me to the Modern Archives Institute which is run by the Library of Congress and the National Archives in Washington, D.C.  It’s an intensive two-week course for people who find themselves in the position of being the archivist in, for example, the military, or a corporation, or a religious organization.