“The Struggle Behind How Everything Came to Be” 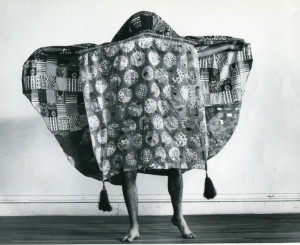 For 20 years, Janine St. Germain has been helping organizations leverage their archives to support their missions. She has worked on the archives of the New York Stock Exchange, the Prospect Park Alliance, and the Norman Rockwell Museum, as well as of educational institutions such as Vassar College and numerous artists’ estates. She recently spoke with StoryKeep’s Jamie Yuenger about using archives to energize institutional outreach and the emotional side of archival work.

This interview has been edited for length and clarity.

What collection is most dear to you?

Three long-standing projects are the St. Bernard School, an all-boys school established in 1904 on the Upper East Side, Bob Kushner, a fine New York-based painter and sculptor who was part of the pattern and decoration movement, and the visual and performing artist Christopher Knowles, who operates from within the autistic spectrum and is a long-time collaborator with the theater artist Robert Wilson. Each of these are spectacular collections, and each one gets used quite a bit.

Have you ever captured something from the trash or things that were half-destroyed already?

I had the incredible opportunity to work hip-to-hip with a colleague cataloguing letters from children to emergency workers left at St. Paul’s Chapel in the aftermath of 9/11.

Trinity Church also kept stuffed animals, T-shirts, baseball caps and rosary beads left on the iron gate around St. Paul’s. My colleague, Lois Kauffman, and I spent an entire summer reading each letter and cataloguing the collection. It felt like going through the trash, since they were all in bad shape from having been out in the elements.

Both of us were prepared for, oh my god, three-hanky days every day, and feeling overwhelmed by the content, but on the contrary it was really, really uplifting and inspiring and super-sweet.

How are you emotionally, intellectually, and spiritually while you’re delving into an archive?

When you spend an extended period of time with one person’s work, you really get to know them. They become like a friend. You begin to see the arc of their story, their reaching, trying, failing, coming back to an original idea, succeeding. You see where they had the spark of an idea, where they pursued it. There are often signs of trial and error. In the obituary, it’s all told in this nice, neat package. But in the archive, you see all these darker moments, the struggle behind how everything came to be.

It’s like reading a really good book, which is hard because you’ve got to keep the momentum going or else you’ll never finish the collection. As they say in the field, “mark it and park it.”

I have hundreds of postcards that my dad and I wrote back and forth to each other, mostly him to me, during high school, since we weren’t living together. Even as much as I get into my organizing “freakzone” sometimes, there’s no way I would ever throw them out. How can I figure out what to do with them?

No matter what the client is – from the smallest 300-postcard collection to a major company – I always ask, “What is your goal, ultimately?” It’s important to have this conversation before money is spent in any particular direction. 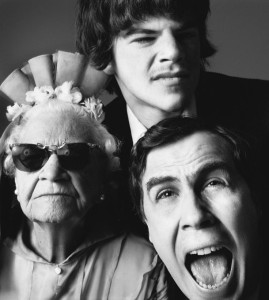 If it’s a matter of simply preserving the material, one can choose to simply rehouse the material using archival supplies. If the goal is to improve access to this material, you would spend time creating a database describing the contents in greater detail. If the goal is to share material with family members, then we can begin talking about digitization, and possibly creating a website dedicated to family member access.

Can you talk about working with corporations?

Archival collections reveal how that company came to be, the seed idea. It’s really helpful for marketing people to use that story to rebrand, in a way, who the company is. People are interested in the “back of the house” story; super fans of a brand love that material as much as dedicated alums love their alma mater.

Do you have an example of an organization that used its archives robustly?

Coca-Cola, as you can imagine, has an incredibly robust archive, as does Levi Strauss. Both archives are fully-functioning and heavily used, not only in their own marketing campaigns, but in outside research as well.

Archives found in academic institutions are just one example of a collection that tends to get quite a bit of use. Alumni outreach is key to these institutions. It’s a perfect fit. When archival material is placed into an academic institution’s blog, Instagram, or Twitter feed, it will generate commentary. Even if the object has absolutely no metadata attached to it, it’s still a great piece to put up on one’s Facebook page, to initiate a conversation amongst alums, fans, etc. It’s easy to spark a lively conversation once an image is up for discussion.

Another tool worth considering is VoiceThread. You can upload an image, and multiple users can sign in and tell their story about the image, giving the archivist multiple layers of information. It’s just one more way of getting the buzz going with crowdsourcing.

What’s next for you? 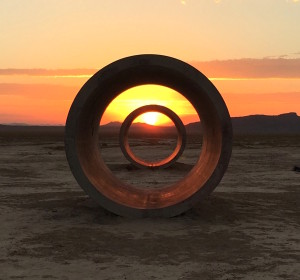 This year I will be dedicating my time to learning more about the earthworks art movement, as well as the surrounding environs of Santa Fe, New Mexico. I’ve become more involved in working with artists’ estates, in particular, at this moment, an artist by the name of Nancy Holt, who passed away a little over a year ago. She was married to the artist Robert Smithson, who created a noted earthwork piece called “Spiral Jetty.” She lived in Galisteo, New Mexico, which is this amazing little enclave of New York-based artists who sort of fled Manhattan and landed in Galisteo. Agnes Martin and Susan Rothenburg and Bruce Nauman, the art historian Lucy Lippard all settled there, including Nancy Holt. So it’s a curious, little parallel New York universe in the desert.

“Sun Tunnels” is the name of one of Holt’s best-known pieces. Currently there is a team of us spending time out there disassembling her studio, and preparing her archival holdings for future use, as well as creating a foundation in her and her husband’s name.

Is there anything you wanted to talk about that we didn’t get to?

My hope is that the general public continues to learn that archives are not all quiet, dark, hidden collections. Many contain an extraordinary palette of ideas and visions, and hold much possibility for future use. With just a bit of creative vision, one can recognize the potential these materials hold. Archives contain an extraordinary range of ideas and insights just waiting to be used in new and innovative ways.

For more information about Janine St. Germain’s work, check out her website.